This course provides an introduction to Botulinum Toxin and Dermal Fillers in Dentistry, focusing on both cosmetic and dental therapeutic uses to provide "Total Facial Aesthetics" and comprehensive patient care. A case presentation format will be utilized to provide an in-depth review on the range of treatment options that can be made available to patients. Patient consultation, evaluation and selection criteria for proper product choice and techniques will be discussed. Finally, the potential for practice growth and profitability will be presented, as well as implementation into an existing dental practice. 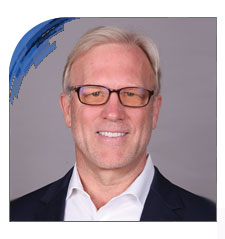 Mike Golsen, DMD, MBA is national trainer for DentaSpa Seminars and Board member for the International Academy of Facial Aesthetics, teaching alumni nationwide how to successfully implement cosmetic and therapeutic uses of BOTOX(r) and dermal filler dental treatments. Seeing the tremendous growth of facial injectable treatments in dentistry, he went on to earn more than 200 CE credits on the subject and in 2012, officially implemented these treatments into his practice. Since he became an educator in 2015, he has dedicated over 1000 hours teaching and training dentists on facial injectables. Dr. Golsen has been practicing dentistry for 30 years and was the founder and co-owner of Golsen Family Dentistry, a family and cosmetic dental practice in Alpharetta ,GA. Golsen Family Dentistry was a benchmark practice built on quality patient care and customer service. While in private practice from 1986 to 2014, Dr. Golsen's focus was functional aesthetics/cosmetic dentistry coupled with facial pain and TMD management. He incorporated and blended services such as invisalign and facial aesthetics to add value to his practice and patients. Acquiring 'Premiere Preferred Provider' status with Invisalign in 2013, he earned over 230 hours in Invisalign and orthodontic continuing education. In 2018 Dr. Golsen founded Atlanta Digital Coaching to teach dentists how to implement Dental Photography and Digital Technology into their dental practices. Dr. Golsen's involvement with organized and continuing education is extensive and he believes that "learning is continuous." Dr. Golsen is a 2nd generation Dentist who received his BA from Emory University and DMD from the Medical College of Georgia, School of Dentistry. He later went on to earn an MBA from Kennesaw State University. Dr. Golsen believes that value added services such as BOTOX(r) and dermal fillers are a game changer for the modern dental practice and that dentist are positioned best to provide such services.

Ana Natalie Delgado is an entrepreneur, educator, and national speaker who, since 2006, has organized and executed countless facial injectables training programs and conferences worldwide. In 2011, she founded the International Academy of Facial Aesthetics (IAFA) to bring together world-class clinicians and the best resources under one roof for multi-specialty aesthetic providers. Ana also founded DentaSpa Seminars in 2010, which today stands as a leading national CE provider for facial injectables in dentistry. Today her entrepreneurial efforts have helped thousands of practitioners worldwide implement various beneficial aesthetic and therapeutic treatments into their practices. In addition to organizing her own small and large-scale seminars across the country, Ana is also a sought out speaker at various industry conferences and offers private consulting services to practices nationwide. She has been recognized with the prominent Stevie Award for Young Female Entrepreneur of the Year, and is involved in charities such as Faces of Chance, which she founded in 2013, Women of Tomorrow and the Virtue Foundation.